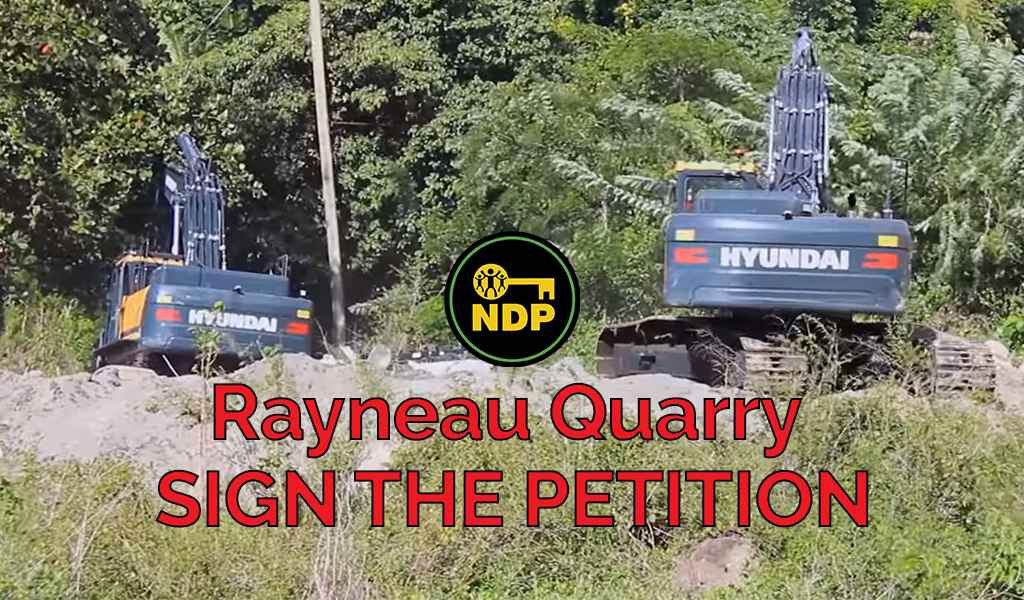 Godwin Friday and the NDP have taken a stand against the disrespect and arrogance shown to the Chateaubelair community in the Rayneau Quarry Scandal.

We are calling for an immediate halt to all works on the site, until fundamental questions are answered by the Gonsalves Government and
these issues resolved. It is simply unacceptable to sell Vincentian lands for “pennies” and then secretly begin work, without consulting the local community – who face all of the downsides like the devastating impact on local tourism, noise, dust, flooding risk, and possible explosives use.

The people do not get any advantages as most of what is quarried will be shipped overseas, while the workers are shipped in!

Throughout this whole process, the Government has treated Chateaubelair, and indeed all Vincentians, with nothing but disrespect. After 21 years in power, they have grown arrogant and complacent – now they have their “five in ah row” they do not care about Chateaubelair.

Here’s a reminder of the facts:

Instead, North Leeward will be left with a huge scar in the hill damaging the tourism industry and future growth.

They will be left with worry about the next time it rains and flooding from the hillside denuded of trees and grass.

Join us in saying #StopTheQuarry until the Gonsalves Government has: