On the legalisation and decriminalisation of Marijuana 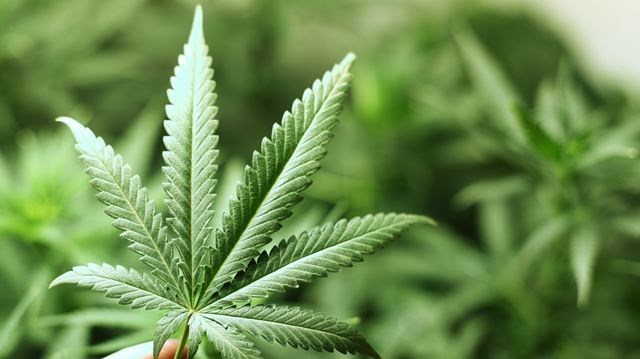 On the legalisation and decriminalisation of Marijuana: The General Position of the NDP

The discussion on marijuana has heightened within the last several months and is getting much
needed national attention. The government in its effort to set conditions to enable the
establishment of medical cannabis/marijuana industry has brought three bills before the
parliament to set the legal basis for this industry. The bills before the parliament are: (1) Medical
Cannabis Industry Bill; (2) The Permitted Use of Cannabis for Religious Purposes Bill and (3)
Cannabis Cultivation Amnesty Bill. The advancement in science and technology has exposed
many myths and falsehoods surrounding cannabis/marijuana. The discussion on the way forward
is hindered by varying views rooted in baseless and unfounded statements regarding marijuana
and its usage. Every day the world is rapidly opening up to the understanding that marijuana, a
herb, it is not a narcotic but a plant with many benefits for mankind.

The NDP is fully in tune with the developments taking place worldwide and is cognisant of the
history of the region and here at home with regards to the usage of marijuana as medicine and for
recreation. The compelling arguments in support of marijuana as a major source of much needed
income has motivated the government to set up a full scale marijuana industry with the intention
of making tons of money. As a party, we believe that any attempt to create a full scale marijuana
industry must bring major benefits to local farmers, especially the traditional marijuana farmers
who for decades have sacrificed a lot to keep “vincy weed” a viable commodity. However, we in
the New Democratic Party (NDP) have come to the conclusion that the approach by the ULP
administration to bring these bills in their present form does very little to change the status of the
present marijuana growers and users in St.Vincent and the Grenadines.

The cultivation of marijuana is one aspect of the cannabis industry with which Vincentians have
long and valuable experience. Most cultivation of marijuana/cannabis takes place in the North
Western portion of the country on Crown lands. Almost everyone who plants marijuana is
squatting on Crown lands. The crop is grown miles away in the foothills of La Soufriere
mountain range away from police attention and possible thieves who usually target marijuana as
easy picking if left unattended. The climatic conditions are also ideal for the growing process.
In the proposed cannabis industry bill, in order to be considered for a license to cultivate
marijuana an applicant must show some form of control of the land where the marijuana will be
planted. A marijuana famer has to show ownership or leasehold or a document of some sort that
will indicate that he has land legal access to the land. The bills also make provision to prohibit
planting of marijuana above certain contours so as to protect the forest reserve. In essence, after
the bills are passed marijuana farmers will not be permitted to plant where most of the marijuana
is being planted now. The NDP is of the view that this is a serious issue that needs urgent
attention. The land on which medical marijuana is to be planted is a matter of major concern that
must be addressed.

The empowerment of the local farmers, especially the ‘traditional farmers’ is not promoted by
the Bills. This is undermined by the draft bills. There are no provisions being made for them to
be given any financial resources in this new medical marijuana regime. Notably, the proposed
law does not provide for a co-operative or similar entity that will cater for the hundreds of small
“traditional’ farmers involved in marijuana cultivation. The traditional farmers are left on their own to face

investors in terms of pricing and marketing. Each of them must negotiate price,
quality and other terms of contracts essentially on his own. The pending bills have set out the
way the industry will be set up and managed. It is evident that a lot of financial resources will be
needed for farmers to be involved in the new industry. The present marijuana farmers do not
have the means to compete, especially if left on their own without government making resources
available to them to get started. It is, therefore, correct to suggest that the present bill will not
benefit traditional farmers and will in fact marginalised the pioneers who have been the vanguard
of the marijuana industry for many years. Partnerships between traditional farmers and
investors, local or foreign, should be encouraged and every effort should be made by
Government to ensure that traditional farmers are not put at a disadvantage or short changed.
The bills in their present form speak very little in terms of law reform. At the end of the day a
person smoking a “spliff” can be locked up. The farmer caught growing marijuana without a
license will still be committing a crime. Also, anyone caught transporting marijuana will still be
a crime. The bills do not in any way address these concerns. Every effort must be made to
introduce law reform that will allow marijuana related arrests, convictions and imprisonment to
be removed. These are some of the major concerns that the New Democratic Party has with these
bills and as a result the party sees the need to seriously address the marijuana issue in this
context.

The idea of putting measures in place to enable the setting up of a Medical Marijuana Industry
is not an original one in the Caribbean content and therefore it would be sensible to learn from
the Jamaican experience. Jamaica, in drafting its legislation took note of the country’s history
with cannabis. In Jamaica, the parliament was very much aware that it may not have been a
good idea to pursue a strict medical industry and ignore recreational use, which had deep roots
among the people. In this respect, the Government of Jamaica allowed persons to have up to two
ounces of marijuana for personal /recreational use. (to be Cont’d)